For some time, tomatoes have been part of the vegetable baskets delivered to the people of Vilnius along with other goodies.

According to the interviewer, this vegetable comes from Central America, is a relative of tomatoes and potatoes, and is inseparable from local cuisine, especially Mexican cuisine. Although the name “tomatilai” has become common in recent years, it should be called “Philadelphia dumpling” or “Philadelphia dumpling” in Lithuanian. You may be more familiar with another fruit of this plant species – the bright yellow fruit of the Peruvian gorse (or gorse), often used in sweets. The latter fruits are sweet, and tomatoes are more like vegetables, usually used in heavy dishes and condiments.

A plant without capriciousness

E. Mikolaitytė grew 4 types of tomatoes this year, and in parallel with them and tomatoes – there are many varieties of tomatoes, and just as the fruits differ in size, color and taste, so do tomatoes. 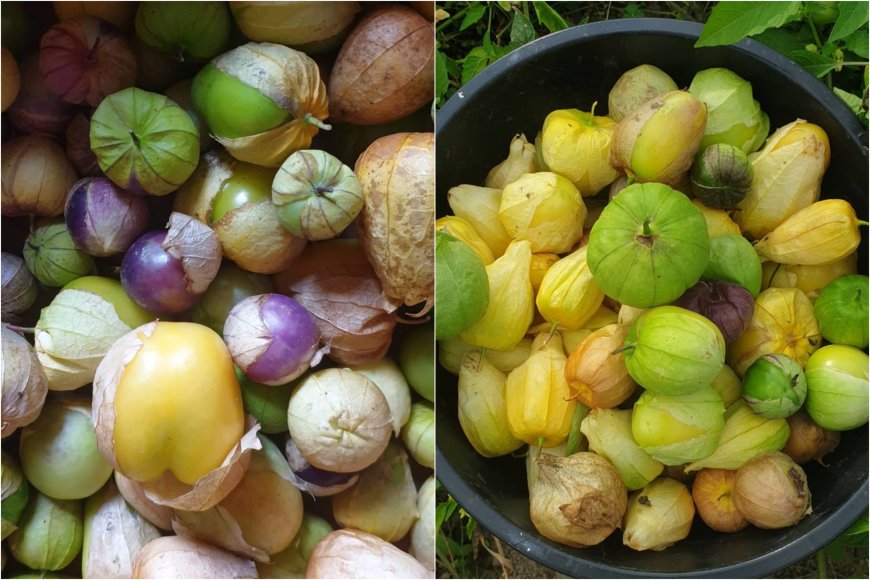 “This is not really a tomato plant, and even the diseases and problems that sometimes cause tomatoes are not terrible for it. It grows like some kind of weed – last year it appeared in the compost pile with all its seeds, and this year it is spreading all over the garden. It is a resistant plant, loves heat, but its plants are tall. Those who want to get fruits should sow seeds in early spring, and then transplant seedlings to open ground. You don’t need to grow them in a greenhouse because the leaves are so big and take up a lot of space,” he explained about the intricacies of growing.

E. Mikolait says that if the seeds are sown in March, they usually start harvesting tomatoes in early August. This year, many vegetables are about two weeks late, so now is the peak of Lithuanian tomatoes. Vegetables ripen from the base of the plant and continue until frost. The main sign that this goodness is ready for harvesting is the bursting of the dry bark that covers it. The plant is also great because it grows abundantly, according to the interviewer, about 6 plants are enough for one family.

Picked or purchased tomatoes should be stored in the same way as tomatoes – in a dry place, for example, in a box, without refrigeration. By the way, the farmer says that many people are surprised that peeled tomatoes are very sticky. This is a natural feature, there is no need to be afraid of it, this stickiness is very easily washed off.

By the way, the interviewer remembers tasting pickled tomatoes as a child, so they are not exotic in our country. Rather, it is a vegetable that disappears for a while and comes back again – like some smidri.

Cisineros fruits are green and look a lot like unripe tomatoes.

Perhaps the most famous variety of tomatoes is called “Cisineros”, the fruits of which are green and look very much like unripe tomatoes, which is evidenced only by the rotten skin. 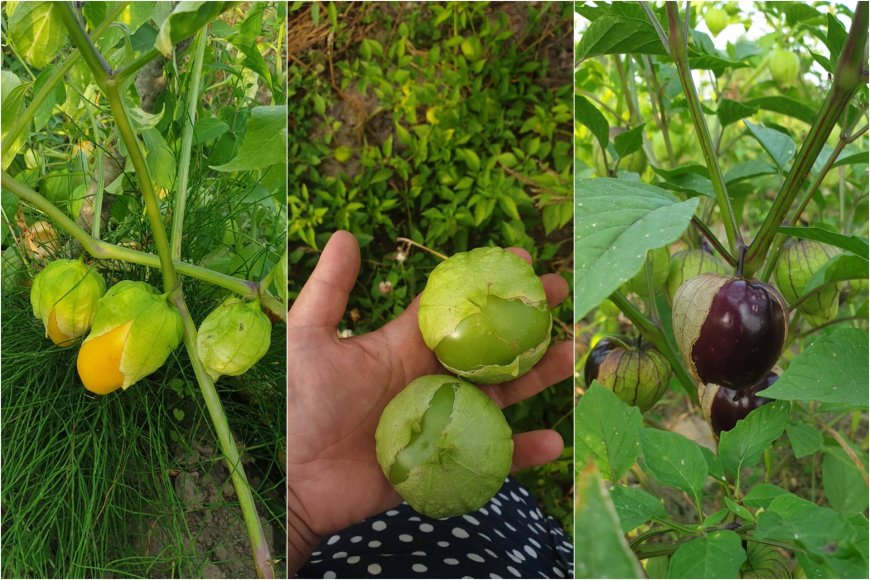 Photo by Eglė Mikolaitytė. /Different varieties of tomatoes with Cisineros in the middle

It is from this type of tomato that the famous “Salsa Verde” sauce is usually made, without which it is difficult to imagine Mexican cuisine. The main ingredients of this sauce, along with tomatoes, are green chilies, lime juice, and fresh coriander. The sauce is very fresh, mildly spicy, it is perfect for various fried meats, it is used in the “construction” of roads (tacos), eaten with chips made from corn or fried tortillas.

The interlocutor himself is very fond of this sauce, especially as he eats it as soon as he makes it. According to E. Mikolaitite, “Salsa verde” can be saved for eating later, but then the sauce must be boiled, so it will be sour, and the characteristic aroma of fresh coriander is missing. By the way, about cilantro – for those who do not like greens at all, the farmer advises to replace them with parsley, the taste will not be authentic, but it will still be wonderful.

From salads to stews or jams

The taste of pickled tomatoes is reminiscent of green tomatoes, only without the characteristic yellow spices.

What other foods are tomatillos good for? “They can be cut green into a variety of salads, and their exotic, fresh, fruity flavor goes well with them. Like any tomato, there are people who eat tomatoes alone. Of course, you can fry them and stew them, they lose their fruitiness, but you can try different combinations. Last year I pickled tomatoes like cucumbers or tomatoes. It was so delicious! The taste is reminiscent of green tomatoes, but without the characteristic yellow spices. It wasn’t a huge miracle, but there will always be those who like them. I even saw lozenges and jams made from tomatoes, which are perfect for this because they have a lot of pectin, so they freeze well,” the interviewee eats up the possibilities.

*Additional operator service is included when paying by phone. In addition, paying with a bank card does not require you to do anything extra.

Are you a subscriber?

We sent a code to the mobile phone number. Enter it