Well-known grill master Halina Bovšević even recommends making hamburgers from liuli kebabs, according to a message sent to grilling enthusiasts.

Minced lamb was grilled on a barbecue by Armenian ancestors, who cut the meat from the thigh of a lamb for this dish. The meat was chopped very finely and seasoned with salt, ground black pepper and ground coriander seeds and finely chopped coriander leaves. The meat prepared in this way was mixed and kept for about 10 minutes, then the meat mass was put on skewers and cooked on coals.

Later, the nomadic Turks adopted the food and cooking methods of the settled Armenians, so this food spread in Turkey. Previously, only minced meat was used for lulia kebab, but now it is also minced.

You can easily make Liulia Kebab yourself. Halina Bovšević, a well-known grill master and a member of the Association of Lithuanian Barbecue Bakers, says: “It is not uncommon to be afraid of making liulia kebabs from minced or chopped meat, because the meat does not stick or something like that. that. 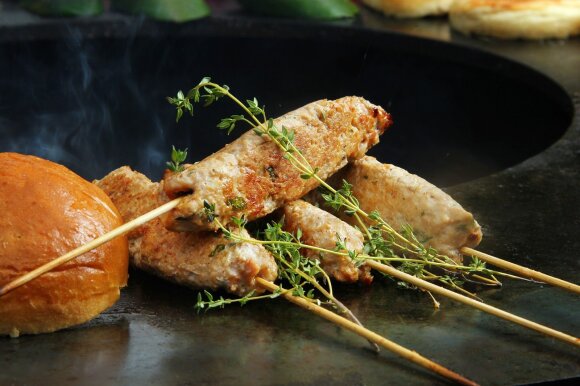 Mini liuli kebabs made of chicken

“When making Lulia kebabs, it is very important to properly prepare the meat itself. You can use both minced meat and minced meat, but after seasoning with the selected ingredients, you need to “beat” it very hard so that the mass adheres as well as possible. Then it will not fall when you shape it on a skewer,” advises the chef.

If you are still worried about the meatballs falling apart, use a special grill mat or cook on a grill pan. In order for Liuli kebabs to have a more expressive aroma, you can put sprigs of herbs next to them: thyme, rosemary, marjoram.

This time, Halina cooked Liuli Kebabs from sliced ​​chicken on a heated flat grill: “Chicken Liuli Kebabs are a rare and unnecessary dish on the grill. They prefer to make them in warm countries. “You can get a lot of different flavors from a very juicy chicken after seasoning it with different herbs, and it’s important not to overcook the liuli kebab so it doesn’t get too dry,” says Halina. 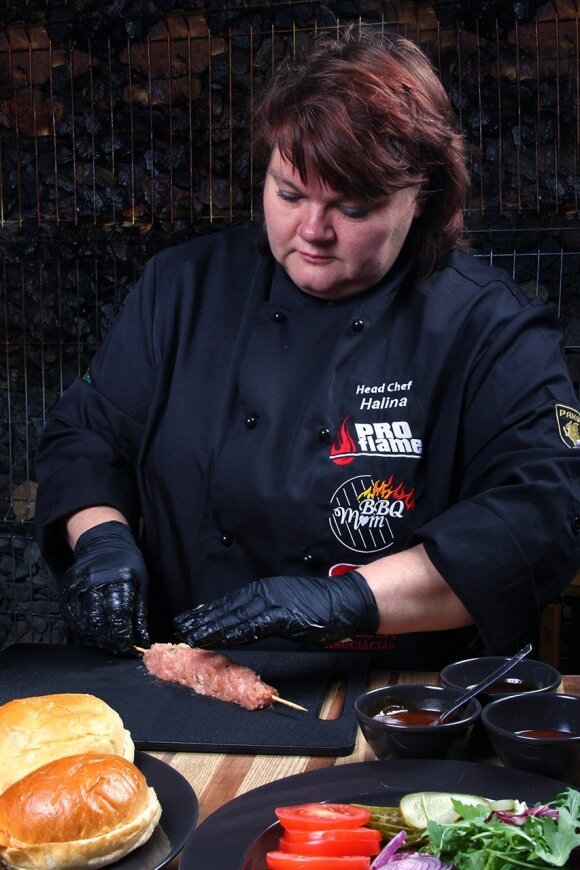 Grill master chicken liulii kebabs should not be grilled on an open fire, if the coals have just been prepared, it is better to move them to the side, the heat will be enough for the chicken near the coals. To prevent drying of liuli kebabs, you can store them in foil for some time. And, cheese lovers, finally, you can sprinkle liuli kebabs with finely grated hard cheese.

“I often crave Armenian food, I worked there and had a very good Armenian teacher. I like to cook liuli kebabs, and using them for burgers is a spontaneous idea, after all, it is more interesting and convenient, and it is also easier to serve – you take the cooked liuli kebab from the grill and add the available ingredients to it, says Halina.

To bake 10 buns you will need:

For 4 hamburgers with liuli kebabs you will need: