Such unique hamburgers are offered to their guests by the restaurant Le Butcher, which is run by three friends, expats living in Vilnius, Bernie ter Braak, Jonathan Rollando and Marco Derseville. The French and the Dutch are convinced that hamburgers are often dismissed as fast and unhealthy food.

French-born Mr. Rollandas says he noticed a hamburger trend in Paris in 2012 and thought of moving it to Vilnius, where he was living at the time.

Soon he shared his idea with another of our compatriots living in Vilnius, chef Marc d’Herseville, and Dutchman B. ter Braak, who runs several successful and even legendary catering establishments in the capital. Thus, three years ago, in 2014, the first “Le Butcher” appeared in the old town of the capital. 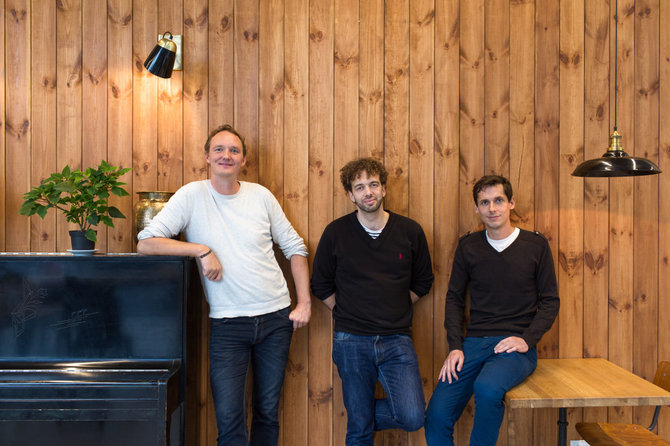 Since then, the 3 foodies have become business partners and now jointly run several cafes and restaurants (such as the Caribbean-inspired Rhum Room, Summer Terrace, etc.).

Burgers – according to a secret recipe

“Things often happen unexpectedly with good ideas. After all, they are very often in the air, and before we found suitable premises for the first Le Butcher, several hamburger restaurants of a similar type appeared in the capital. However, after opening the first one butcher in the old city, we understood how to keep the uniqueness of our hamburgers,” says J. Rolland.

He said two of Le Butcher’s restaurants now use the classic French cooking school to make their burgers. For example, one of the secrets of the burgers is that the highest quality Lithuanian beef, prepared according to the kitchen’s secret recipe, is used to make the steaks.

Our hamburger buns are slightly less sweet than usual, and the inside is similar in texture to a French baguette.

“Which part of the beef we use for hamburgers is a secret in the kitchen,” smiles M. d’Herseville, mainly works on the menu of the restaurant. He says the onion jam used in this dish instead of the usual onions gives their burgers a more French flavor.

Even the hamburger buns here are a little different: “We didn’t want to use the usual New York butter buns for our hamburgers, so we contacted the bakery Salt Miltai Vanduo,” says M. d’Erceville. their interior resembles a French baguette in structure.”

At Le Butcher, with three foreign-owned restaurants, food and ambiance are key. The interior of both places – the first located in the old town of the capital and the second restaurant operating in the active area of ​​the business center – are not crowded. “Le Butcher’s space in Old Town is small, so everything had to be thought out down to the last detail,” says J.J., co-owner of Le Butcher. Rolando. Interior designer Kotryna Gurskaite helped her realize her vision.

Located in the business center, Le Butcher is much more spacious. The classic French interior is here complemented by Scandinavian minimalism, which gives the place even more character. 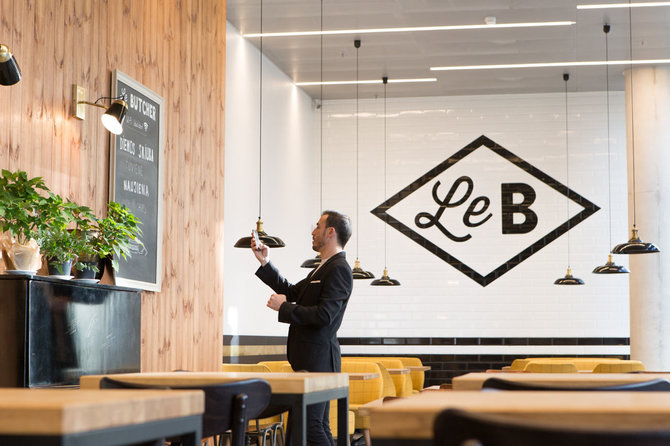 Having breakfast away from home on weekends has been one of the hot traditions in Vilnius for several years now, and restaurants cater to this desire of guests.

Le Butcher in the Quadrum Business Center offers a Saturday brunch as opposed to the first weekend. “Breakfast we spent some time refining the menu concept. First, it’s breakfast For those who are constantly looking for new tastes and for those who don’t want to go to the city center,” says the third co-owner of the restaurant, B. ter Braak. 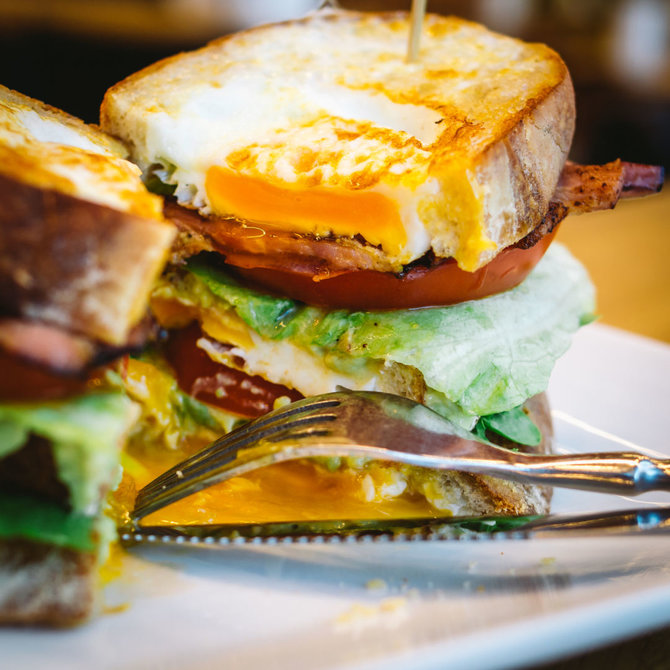 “We noticed the dinner offer in the city and chose for our menu the dishes that seemed the most unusual on the weekend brunch menu,” smiles the Vilnius-based Dutchman, admitting his favourites. are steak sandwiches.

At the restaurant he runs with his partners, the Saturday menu includes thick crepes from the weekend, portobello toasties, egg burgers, gin and tonic cheese and other unexpected treats. 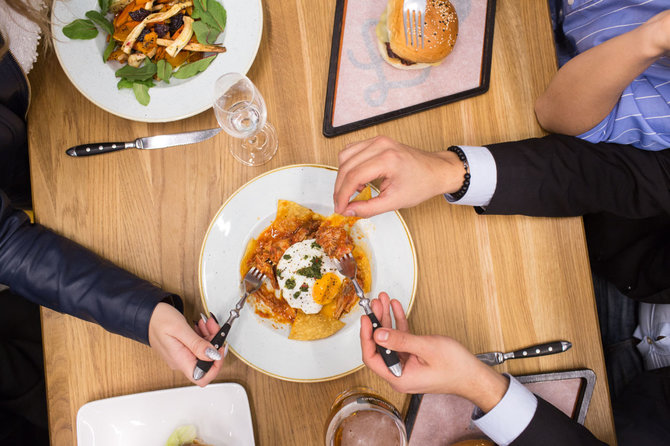