What can be sown in July?

Salad vegetables can be sown throughout the season. Their choice is really wide: lettuce, pepper, horseradish… As a rule, spring sowing starts with them, because most of them are cold-resistant, and the seeds germinate only at a temperature of 6-8 degrees. After the first sowing in April, they can be re-sown every two weeks, ensuring that you always have fresh and tasty lettuce.

It can be harvested at any time, but the leaves will be slightly less or more. For example, pepper is best harvested when planted in August.

Keep in mind that most lettuce varieties available today span spring, summer, and fall. Summer and autumn varieties are resistant to heat and do not form flower buds. It is very important to sow seeds in well-moistened soil during summer sowing, and in dry weather – to water. If there is a lack of moisture, many salads will be hard and bitter. 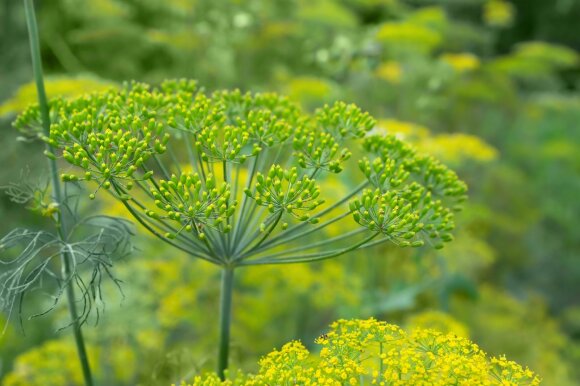 Dill lovers also sow these herbs every 10-15 days from early spring to autumn according to the “conveyor” principle. Dill grows well in loose, fertile and well-lit soil. Experts recommend mixing lettuce seeds (1%) with fennel seeds – this will be your signal product. This allows you to get rid of weeds and loosen the soil before the fennel sprouts appear. Without special seed preparation, fennel germinates after 13-18 days, but after that it grows very quickly. If you soak the seeds in water for 2-3 days before sowing, the seeds will germinate quickly, it should be changed several times a day. It’s even better if you soak the seeds in hot water (at a temperature no higher than 50 degrees) for 20 minutes. This helps to wash away the things that prevent the seeds from germinating. Remember that fennel leaves, like lettuce leaves, will shrivel and harden if they lack moisture.

Spinach can be sown practically at any time, as long as the ground is not covered with snow. This vitamin-rich vegetable is planted as a precursor to heat-loving crops, then as a reseeding vegetable and as a plant to fill empty spaces in beds, spinach is compatible with almost all garden crops. After sowing spinach in March-July, it eats ripe leaves, and when it is planted before mid-August, it eats young leaves. Spray spinach every 20-30 days. Choose varieties that are resistant to dormancy in winter. Sow spinach from late July to mid-August so that it has time to form a small rosette of leaves before frost.

In our latitudes, it is possible to sow valuable root vegetables – turnips until the middle of July. It is true that they are more popular in other countries of the world, for example in Asia, than here. In addition to the traditional yellow turnip, there are also white, green, pink and purple turnips with white or yellow flesh (the more yellow the flesh, the more carotene it contains). There are also varieties of turnips and turnips. In the first case, both the roots and the leaves are eaten, they have a milder taste than the vegetable turnip. In the second case, only the leaves are used for food.

Turnip varieties also differ in ripening period: early varieties ripen in 45-60 days, medium early varieties in 60-90 days, late varieties ripen in more than 90 days. For summer purposes, turnips are sown in early spring, when the soil is dry, and in winter – from late June to mid-July. It is better to leave turnips planted in summer in winter. In a dry, hot summer, when there is a lack of moisture, turnips will be small, dry and sharp – these vegetables can withstand heat more than cold.

By the way, many root vegetables survive the winter well if planted later in the summer. 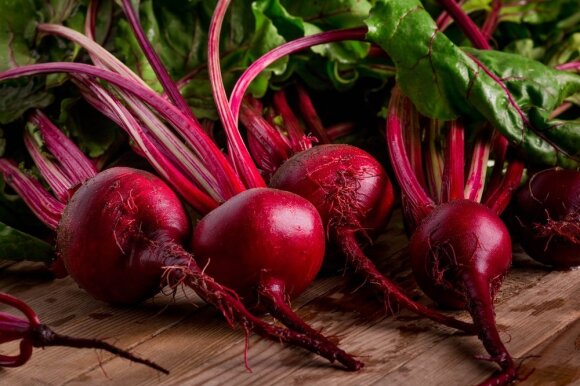 Some other plants can be sown in July that are not normally considered crops capable of producing more than one crop per year. For example, beets are sown early and harvested in September, and they are not always happy. Experts believe that beets can be sown three times per season. In spring – for summer consumption, in June – for large root crops in winter, and in July – for young beets that can be eaten in autumn. It should be remembered that beets grow quickly in narrow beds, and planting them as seedlings shortens the time for root crops to ripen.

You can also sow early bush beans again in early July if you want to grow young and crisp beans instead of peas. Even if you can’t harvest tender beans due to bad weather, don’t despair – beans, like other legumes, make excellent green manure (siderata).

Cabbage can still be planted in the middle of summer, for example, seedlings of early varieties of white cabbage. If your garden grows early and late varieties, it does not make sense to do this. However, if something goes wrong with late cabbage, you can grow cabbage for the summer. 50-55 days are enough for early salad taste and quality cabbage.

Broccoli is usually planted a second time in early July. When broccoli begins to form florets, the central “hill” is cut first, then the side shoots. However, it is not always possible to obtain a full-fledged product. For this reason, broccoli is usually planted twice, in the spring and in early July. In particular, these vegetables successfully withstand autumn frosts and “bear fruit” until mid-autumn.

Eastern cabbage is also planted in mid-summer. There are several varieties of Chinese cabbage: Chinese cabbage that does not form a head of cabbage, Chinese cabbage (oval and round cabbage heads), and half-Chinese cabbage. All of them have a relatively short growing season. The growing season of early varieties lasts 50-60 days, so two crops can be grown in one season. However, when growing Peking and Chinese cabbage, it is necessary to take into account their sensitivity to the length of daylight. If the day is short – 12 – 14 hours, the leaves will grow more and goiter will appear. If the daylight lasts for a long time – 16 – 18 hours, inflorescences begin to form, so there is no harvest.

For this reason, cabbage (only sprouts) is planted as early as possible. Cabbage for the second crop can be sown directly in the soil, but not earlier than mid-summer – from July 15.